In this Big Compute podcast episode, host Gabriel Broner interviews Mike Woodacre, HPE Fellow, to discuss the shift from CPUs to an emerging diversity of architectures. Hear about the evolution of CPUs, the advent of GPUs with increasing data parallelism, memory driven computing, and the potential benefits of a cloud environment with access to multiple architectures.

Emerging Architectures
After many years of CPU architectures doubling in performance every eighteen months we have reached a plateau due to constraints of miniaturization and power. This has led to a new era of diversity with systems that use CPUs, GPUs, FPGAs, etc. Woodacre welcomes the new diversity after years of consolidation and commoditization:
“It is a really exciting time in the industry. We are going back to the variety we used to have. Because volumes and commoditization, we gravitated to a few variants. As we started hitting the limits of the ability to scale we are seeing a new era of specialization. At a time data continue to grow exponentially, there are new business reasons to develop unique architectures. The challenge is to pick the right tool for the job.”
The Evolution of CPUs
CPUs have evolved in the last few generations. They have increased the number of cores, and they have increased its memory bandwidth.
“The biggest change has been the continuing growing number of cores. The challenge is how you feed them. You need more memory bandwidth, I/O.”
“When you analyze HPC applications, pretty soon memory bandwidth is the limiting factor. Skylake can go from 4 cores to 28 cores, but in some benchmarks you may top out at 12 cores because of memory bandwidth.”
GPUs, which initially started as the graphical processing unit are, according to Woodacre, “the ultimate data parallel device” which has found success in AI/machine learning/deep learning:
“Deep learning at the core is a matrix multiplication, and you can take advantage of the multiple multiplication units to perform training in hours, not weeks.”
Memory Driven Architectures
Emerging memory driven architectures hold all data in memory and they can accelerate insights and make us rethink workflows:
“Data continues to grow exponentially and traditional architectures cannot cope. By having data in memory you remove the storage bottlenecks and speed up the analysis work. You can take the current pipeline of preprocessing, simulation, analysis, and by keeping data in memory achieve tremendous speedups.”
Cloud as an Enabler
Cloud helps enable this new diversity of architectures. As each application and workflow benefit from a different architecture, cloud allows different applications to run on different architectures to effectively use the right tool for the job.
“Security of cloud used to be a concern but it’s now pretty much in the background. The public cloud provides an entry point to explore all these architectural options. If the software applications and licensing is provided, that helps people with the on-ramp. In the end you have to decide what makes the most business sense for you.”

Mike Woodacre
Mike Woodacre is a Fellow at HPE. Over the years Mike has been a systems architect and Chief Engineer at MIPS, SGI and HPE, where he set direction for hardware architectures. 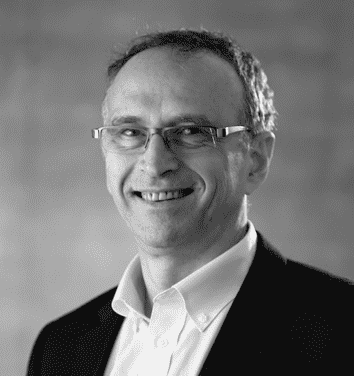 With the 2014 World Cup coming to a close, we’ve seen great shots and great saves. However, what is the science behind the curving shot…

Stephen Jones is a lead software engineer at SpaceX and former CUDA architect at NVIDIA For this post, Stephen Jones gives his perspective on aspects…

Team 2014 was a year of immense growth and development for Rescale. Our team expanded with the addition of several new members, including, Engineer: Mairi…

Aerospace manufacturers operate at the leading edge of technology in materials, solid mechanics, fluid dynamics, electronics, and several other engineering disciplines.  In an industry where…