Portable Extensible Toolkit for Scientific Computation (PETSc) is a suite of data structures and routines developed by Argonne National Laboratory for the scalable (parallel) solution of scientific applications modeled by partial differential equations. PETSc is one of the world’s most widely used parallel numerical software libraries for partial differential equations and sparse matrix computations.
Traditionally, when a scientist or algorithm developer finishes a new parallel algorithm in PETSc, they need to run it in a multi-core computer cluster to test its scalability and speedup. A cluster is typically a shared compute resource at a university, government, or business with significant administrative work to maintain the HPC resource. In addition, to create a run the scientist or developer has to prepare the environment, which can be difficult and time consuming, and anything unexpected during the run may cause failure and no output data generated.
With Rescale, testing the scalability of the PETSc algorithm becomes much simpler. A scientist or developer can specify the hardware type and number of cores and then run the job with an internet connection and web browser.
Algorithm to Test
The algorithm I’m going to test comes from the official tutorial of PETSc package. The code solves a linear system in parallel with KSP. I chose KSP because it is one of the most commonly used operations in the PETSc package. I made a slight change that outputs the timestamps of the operations of each PETSc function call for all processes to a log file for further analysis.
Here is the source code after my modifications. I’ve also created a makefile for compiling it.
What KSP does is solve the linear equation AX=B for vector X – which has n elements – where A is an m x n sized matrix and B is a vector that has m elements.
Run Your Algorithm on Rescale
After you sign up on Rescale, you can create a new job that allows you to compile and run your PETSc algorithm.
On the Setup page, select PETSc from the Analysis Code section. In the Hardware Settings, select Core Type as HPC+ with 8 cores.  The image below shows what your screen should look like.

On the Workflow page, upload the source code and makefile. Alternatively, you can also choose to upload the compiled executable binary file instead. In the Analysis command, input the command you want to execute. 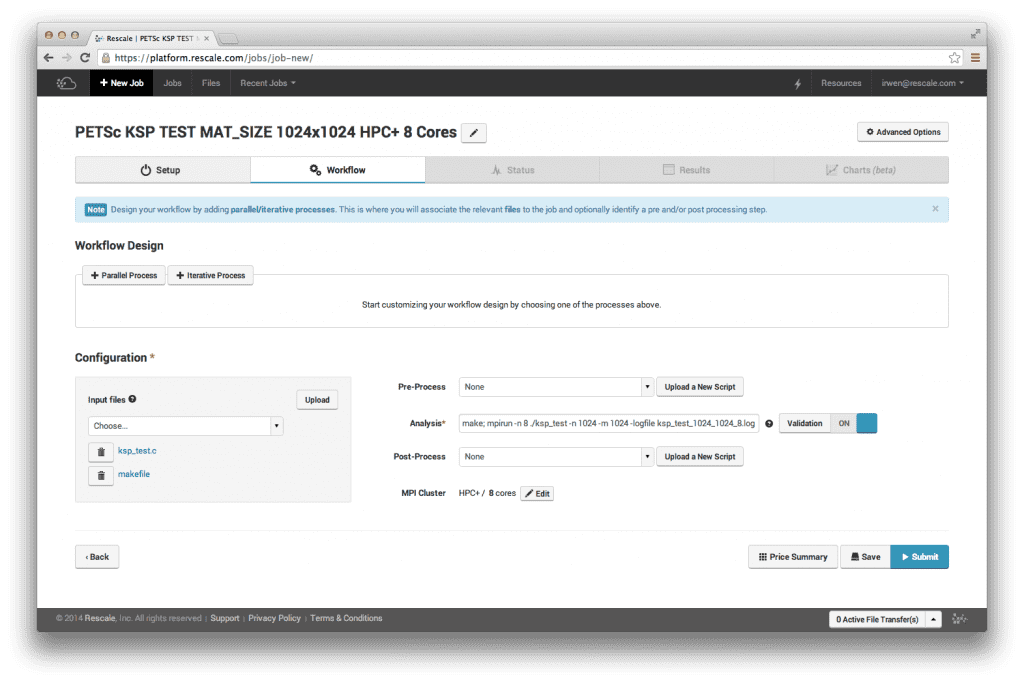 Click Submit in the lower right corner to execute your job to Rescale. After job submission, the Status page will allow you to monitor the job in real time. 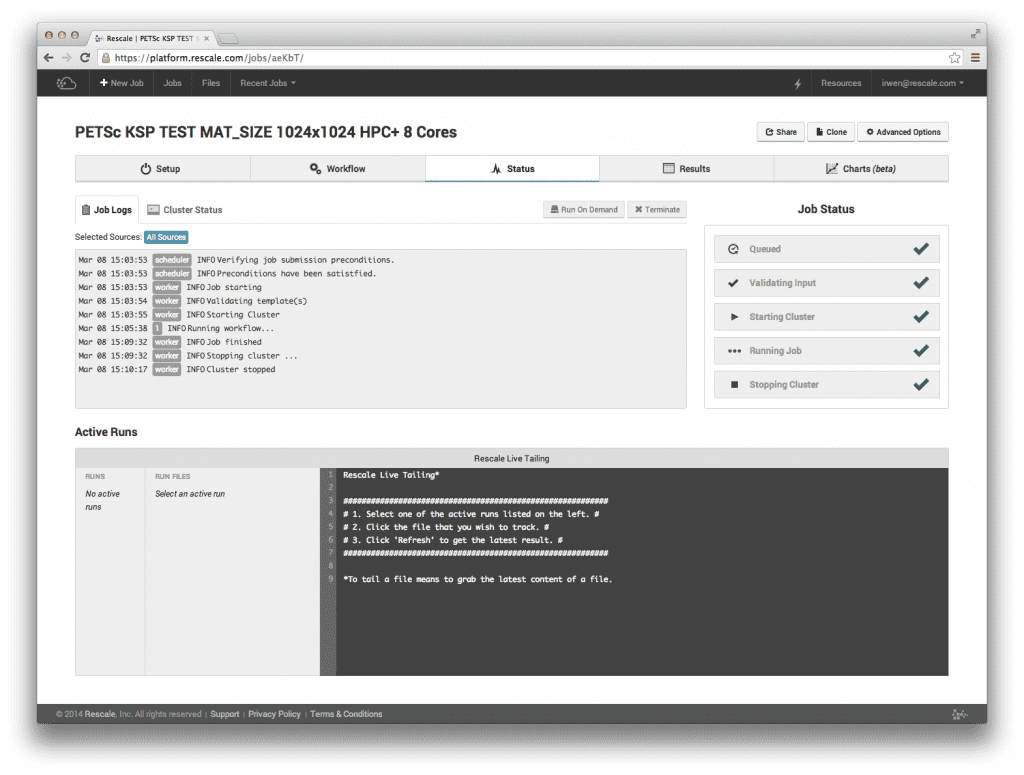 When the job is done, you can view and download the output files and log files from the Results page. 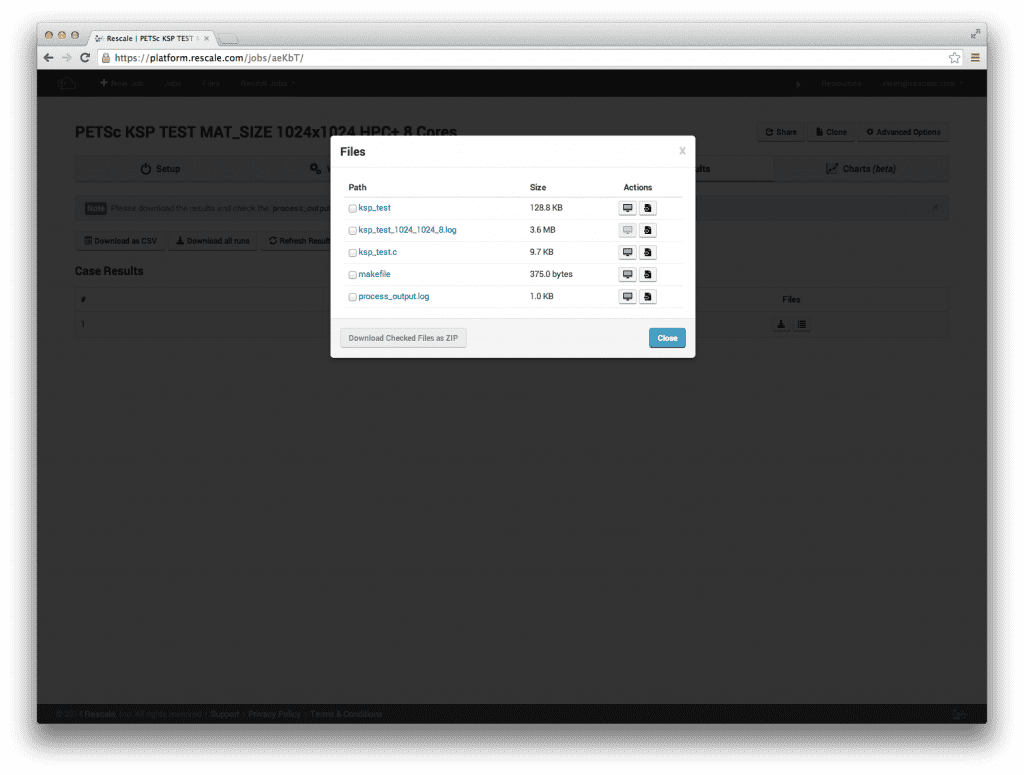 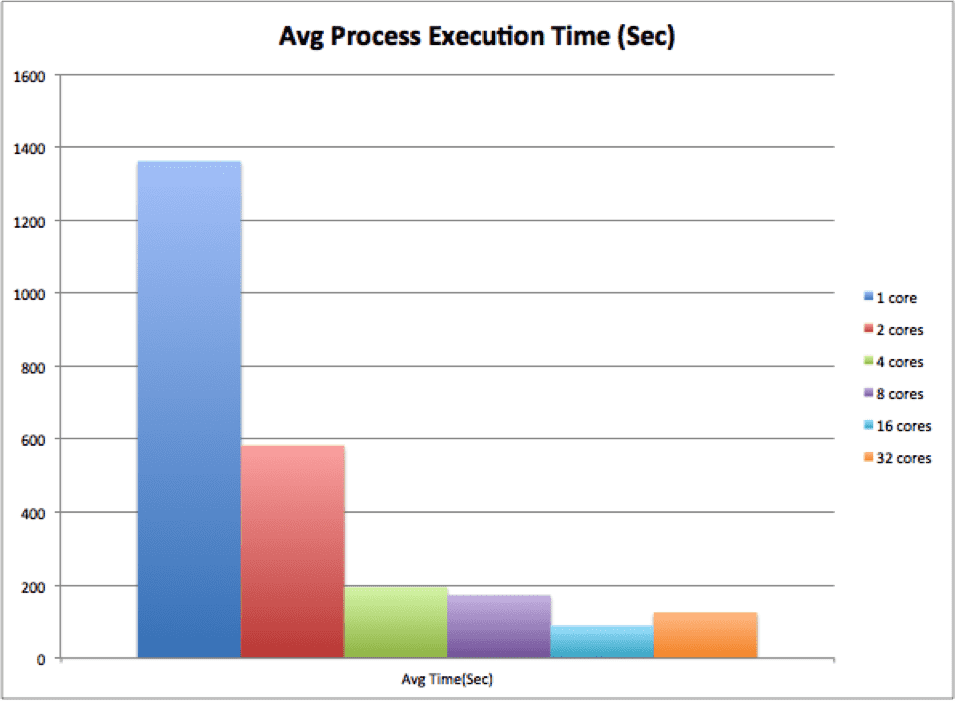 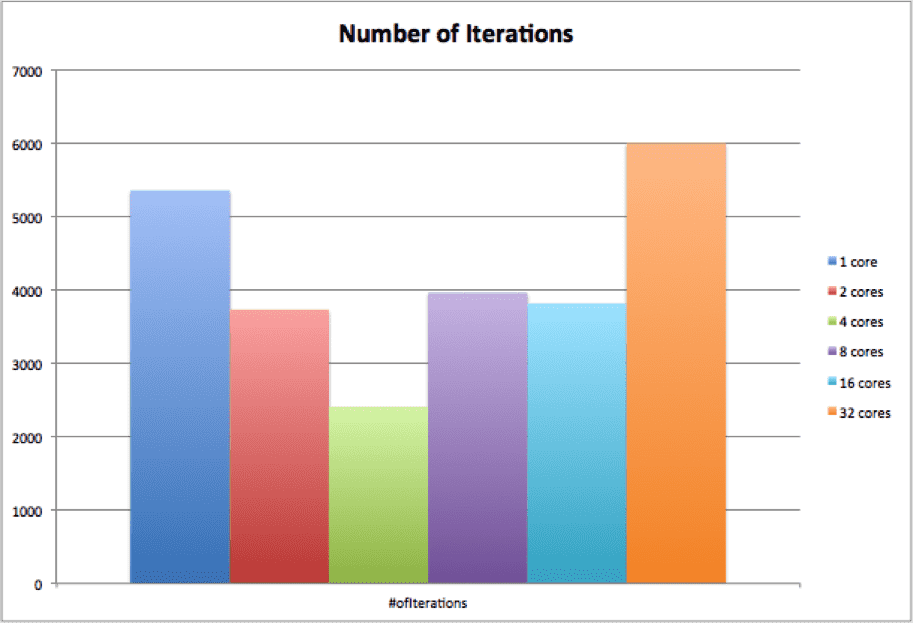 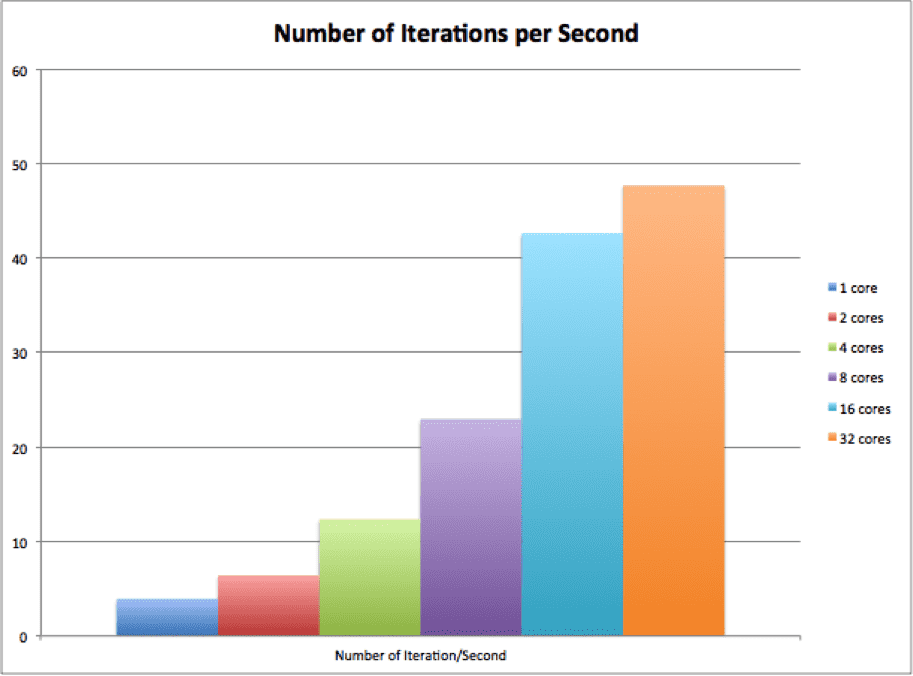 Rescale is pleased to welcome Tony Spagnuolo, vice president of sales, to the Rescale team. Tony was previously at MSC Software for four years as…

San Francisco, CA – Rescale and EDEM are pleased to announce the availability of EDEM software on Rescale’s simulation platform through collaboration with EDEM, the…

One of the key criticisms leveled against HPC in the cloud is the relatively slow interconnect speed between nodes when compared to on-premise clusters. While…

The COVID-19 global pandemic has affected all of our daily lives. Rescale is committed to the health and safety of our employees, customers, partners, and…

At Rescale, we are excited to work with government agencies in the area of high-performance computing applications. In recent years, the government has shifted its…