In the world of stock-car racing, finding even the smallest competitive advantage is the difference between winning and losing.

Perhaps that’s why we’ve been so successful over our 48 year history – dating back to 1969 when our owner, Richard Childress, got his start in NASCAR. Since then, we’ve won 17 championships and 200 races and became the first team to win in all three of NASCAR’s top touring series. Richard’s partnership with the legendary Dale Earnhardt made RCR an elite organization with six Cup Series championships stretching from 1986 to 1994.

Today, RCR has eight full-time race teams, 500-plus employees, a 40-acre campus with an engineering staff of over 50, ranging from mechanical design, aerodynamics, simulation, strategy, and research and development. Our aerodynamics team is six engineers strong with another four fabricators tasked with crafting the components for testing in the wind tunnel. Three of these six engineers are dedicated to simulating the aerodynamics of the car using computational fluid dynamics (CFD). 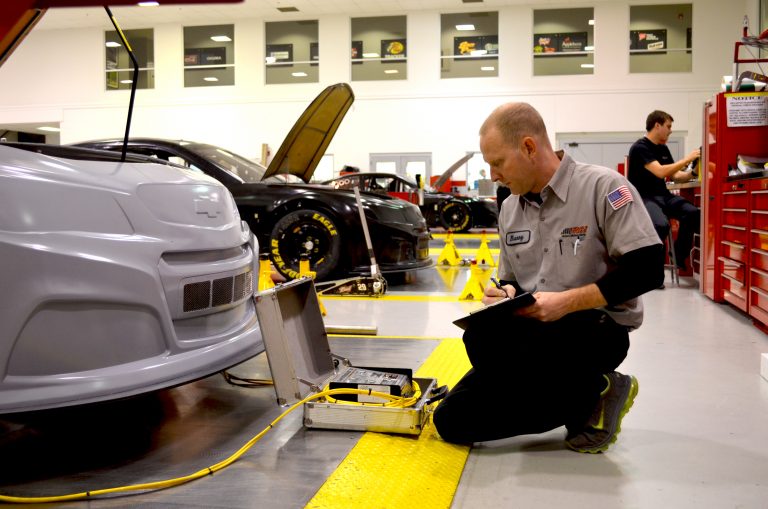 Over the past 12 years, RCR has invested significant time and resources into CFD. The primary goals of the CFD team are to develop a deeper understanding of the aerodynamic system of the car, evaluate new aerodynamic concepts, recommend design changes to be tested by the wind tunnel team, and analyze phenomena not modeled in the wind tunnel that may be witnessed on-track. As an aerodynamicist at RCR, I use ANSYS Fluent, a commercially-available CFD code, to study the aerodynamics of the car.

CFD is a compute-intensive process, and we have limited resources for high-performance computing (HPC) infrastructure and in-house expertise to support our simulation requirements. RCR has 64 cores on-premises, which are primarily used for pre- and post-processing CFD models. Because of this limitation, our team has made the decision to outsource all of our CFD. We wanted to augment capacity to build larger models with a resolution high enough to precisely understand the intricate flow details that affect the car’s speed on the track 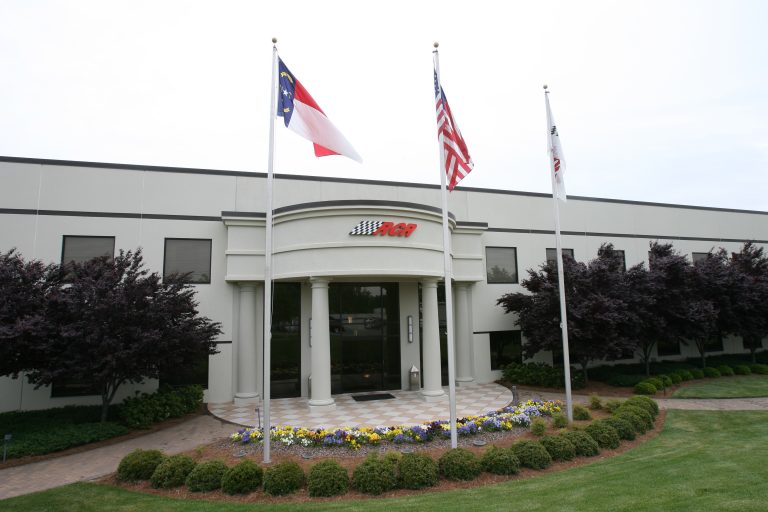 Full-body aerodynamic analysis requires that models be quite large at 150-400 million cells, which takes thousands of cores to process in a reasonable time. Bringing HPC in-house was out-of-reach due to IT infrastructure and capital investment. Additionally, hardware became too expensive, RCR did not have the HPC expertise to set up and manage it, and hardware cycles so quickly that it would be obsolete before the investment was paid off. RCR considered other cloud options, but felt Rescale’s hardware and pricing would scale with our needs, which would give us the flexibility to start small and ramp up to full production.

ANSYS Fluent is natively-integrated, benchmarked, and tuned/optimized on Rescale’s ScaleX™ platform, which RCR has been using for full-car aerodynamic simulation of the vehicle body for the past year. On Rescale, we are easily able to run our jobs on 512 cores or more, and they complete in 10 hours. We have the capabilities to run more complex simulations in greater quantity because of the access to a wealth of hardware on the cloud. Additionally, in an industry defined by speed, it’s a boon to be able to run jobs instantly without waiting in a queue. Not only does it accelerate our simulations, but it gives us the agility to debug and run design variations and “what-if” scenarios on the turn of a dime. These competitive advantages are critical to my team’s success. 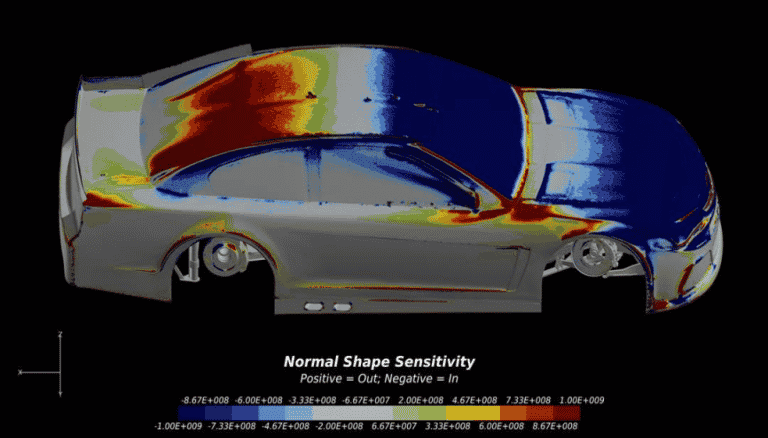 The ability to easily and efficiently explore the design space using Rescale has been liberating. To build on that success, RCR is planning to ramp up to a higher level of productivity. RCR plans to automate more simulation with Rescale in order to increase our simulation throughput and streamline the process. At production-level, the addition of unlimited CFD capacity will be game-changing. This will allow us to tailor drag and downforce of the body design depending on the rules and regulations of each race track in order to optimize for lap time. Advanced, high-resolution CFD, requiring thousands of cores, is extremely useful for understanding the complex aerodynamics of the race car. It operates as a system and will give us the flexibility to rapidly introduce and optimize different body designs as our constraints change on a weekly basis.

Having on-demand access to HPC through Rescale will give us a competitive advantage that will ultimately lead to more on-track wins.

Back to Resources
We use cookies on our website to give you the most relevant experience by remembering your preferences and repeat visits. By clicking “Accept”, you consent to the use of ALL the cookies. Do not sell my personal information.
Cookie SettingsAccept
Manage consent