In this Big Compute Podcast episode, Gabriel Broner hosts Steve Reinhardt to discuss Quantum Computing. Listen to the conversation covering what are quantum computers, what problems can be solved orders of magnitude faster than with traditional computers, where are we today, and what the future holds.


Register to hear future Big Compute Podcast episodes live
You can now listen to the Big Compute Podcast series on iPhone or Android phones.
Overview and Key Comments
Quantum computers take advantage of quantum effects to parallelize processing that is sequential in traditional high performance computers. This enables solving hard problems like breaking cryptographic codes and finding optimal solutions in complex optimizations.
What is a quantum computer?
“A quantum computer is a computer that exploits quantum effects like superposition: quantum computers are built out of quantum bits or qubits, which can be 0 or 1, but they can also be 0 and 1 at the same time. Additional effects quantum computers take advantage of are entanglement and quantum tunneling.”
“There are two main architectures: gate model and quantum annealing machines. Gate machines are more similar to the classical computer. In quantum annealing machines, you specify an energy landscape and the annealing finds a low energy state. Gate model computers require more fidelity qubits and they are today at a 50-70 qubits. Quantum annealing machines don’t require high fidelity and today they have around 2000 qubits.”
What problems can be solved?
“Classical high performance computers solve partial differential equations by handling well floating point operations. Quantum computers are not going to address those problems. It’s not a good match.”
“The types of problems where quantum computers will be useful are in the area of combinatorial optimization. A classical problem is the traveling salesperson where a salesperson needs to visit many cities and needs to minimize cost. A similar problem is team picking, or how to select players to maximize the probability to win the league. Another problem area is constraint satisfaction where the objective is to find an answer that works. An example is large number factorization which can be used to break encryption.”
What results are being achieved?
“For problems that are structured in a friendly way, results are 1,000x faster. For real world problems, we are at rough parity. The improvements in every generation are drastic.”
Where are we today?
“It’s ridiculously early. Think about classical computers that started in the 40’s. The size of a byte was not standardized until the 60’s. We are now in the ‘50s of quantum computers. We don’t have a FORTRAN yet. There are a lot of possibilities. There is a lot of experimentation going on.  Because of the experience with traditional computers, we expect this development to go much faster.”
Should we expect standalone quantum computers soon?
“For decades quantum computers will be used in a hybrid mode with classical computers. So as a developer you don’t have to solve your complete problem. You can look at where the time is spent in computation and move those models to quantum computers. These modules may be optimized to be billions of times faster.”
What are the challenges?

Will quantum computers be in the cloud?
“Cloud access is mandatory to get broad access and to get many people to use this technology. Since we expect a hybrid world for many years the classical computer will send parts to the quantum computer, so the latency of that connection is a first-order issue, and colocation and scheduling issues will need to be effectively solved.”
What should we expect in the next few years?
“We are 3-5 years away of general purpose use of quantum computers. Error correction may take more than 10 years. The benefits for the first group of applications will be really large and once it’s proven other people will migrate very quickly.” 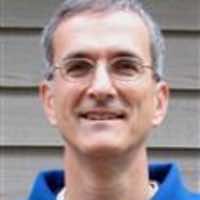 Steve Reinhardt
Steve Reinhard has many years of experience in high performance computing, including roles such as a Director at Cray. For the past four years, he has been Director of Software Tools at D-Wave, a quantum computing company. 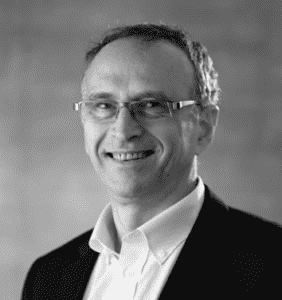